Alas, I did NOT wake up the next day as a superhuman able to kill cancer cells in a single bound, or stave off the ageing process. I didn’t even wake up weighing less!

What I did do, was some research. Can a food really be ‘super’ ? Can a food really cure cancer, provide large amounts of antioxidants or protect us from free radicals? Is a goji berry really worth ten times more than a raspberry or a mere banana? Well here’s what I reckon…..

As with many aspects of the health and fitness industry, the term ‘superfood’ is currently a very trendy word. Marketers are having a field day with the promise of powers to make your body look younger, fight disease and lose weight more easily all with the flashy word ‘superfood’ and an unreasonably high price tag to match.

“would you like wheatgrass with that for only an extra $7.85?”

As you may have guessed by now, ‘superfood’ is not a scientifically or technically defined term. It’s not a word that medical professionals or researchers really use. Indeed, it has little meaning in the medical research community. In fact, when I searched for the term ‘superfood’ in the Pub Med database to get some tasty morcels of statistics, I found nothing but articles on ‘superfunds’ (snore).

Which foods are considered to be super? Well nothing so boring as a banana, apple, broccoli or almonds! Osmotic super powers only enter thy soul through goji berries, acai berries, pomegranate, kelp, krill, flaxseed, chia, cacao, spirulina and who can forget the good ol’ KALE?!!

They all sound so catchy and cool don’t they? Believe me, they ARE all good for you, in many ways. But when we are made to pay ten times what they are really worth in lieu of a banana, it’s just not worth it! In fact liver is one of the best foods you can eat- but HOW do you sell that on the front of a magazine? ‘Live your ultimate life with liver- YUM!’?

There is a  giant leap from testing foods in the lab to their amazing marketed powers. This leap is simply too far to be scientifically or ethically sound.

Just because a component of a superfood may kill cancer cells in a dish in the lab doesn’t mean that eating lots of a food containing this component will prevent you from getting cancer.

What’s more, the assumptions behind superfood science can be problematic. Much of the available evidence comes from cells in a petri dish or little white mice. While these models are good tools for scientists, they don’t automatically apply to humans. Who wants to volunteer?

Humans have considerable environmental and genetic variances that make us much more complicated.

Even when these studies are done in humans, they’re often tested in very high concentrations over short durations that are not reflective of regular balanced diets. There simply aren’t enough long-term, realistic studies to support the claim that superfoods can stave off illness or old age.

It’s easy to see why the concept is popular. Being able to consume superfoods that protect you from all kinds of harm are a seductive notion. But the idea may be doing more harm than good. At best, it’s a misleading marketing tool, at worst, it may encourage bad habits.

Superfoods can give people a false sense of security, letting them believe that they can somehow balance out other unhealthy habits. No, the acai berries in your smoothie DO NOT balance out the Maccas you had out late last night!

Nutrients are clearly important for good health but seeking out large doses from any one source is not likely to be beneficial. Simply having more of a particular vitamin or mineral is not necessarily better. Balance and being ‘good’ 80 per cent of the time is key. 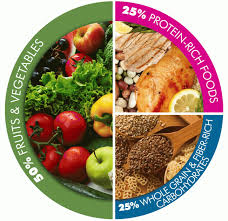 A fixation on superfoods can distract people from the benefits of healthy everyday foods. What most western diets are lacking is not any one super source of nutrients, but variety. The more, the merrier. Make it colourful. Everyday fruits, vegetables and whole foods each have their own unique nutrient profile.

No single food item, or even the top ten superfoods combined, have enough superpowers to replace a balanced, varied and healthy diet. Couple this with avoiding excessive consumption of processed and refined foods and alcohol, and you will have done everything you can, nutritionally speaking, to help you stay healthy and well into old age. 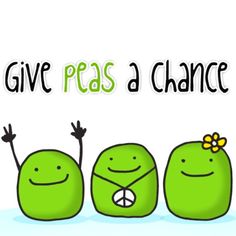 Perhaps miracles DO happen but let’s not base them on berries! OR liver for that matter! Save your coin and buy more bananas…